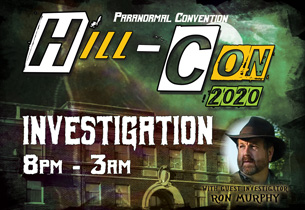 Everyone must complete, sign and bring an emailed waiver on the night of your investigation. Please review the Waiver and Our RULES before making a reservation. There is no live streaming during this event.

There were errors with your submission. Please try again.

Use this tool to manage your registration.